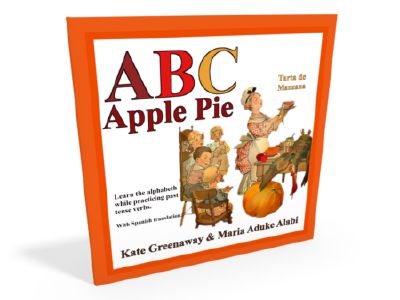 ABC Apple Pie is a book for elementary school children based on an 18th Century Rhyme with which kids can learn the alphabet and the use of some verbs in the past tense while at the same time read about the tale of an apple pie and how some town folks relate to it in various ways when wanting to taste it. Spanish Trans 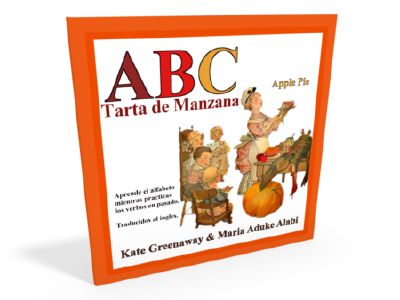 Learn the Alphabet and the past tense verbs while learning spanish

THE HISTORY BEHIND THE RHYME

The Apple Pie ABC is an 18th Century children rhyme meant to teach children the order of the alphabet.

According to The Oxford Dictionary of Nursery Rhymes (Oxford and New York, 2nd edition), pp. 53-4 by Peter & Iona Opie (1997). The earliest mention of the rhyme was in religious work in 1671 only using the letter A to G. The first printed version of the rhyme was in “Child’s new plaything” in London 1742 and Boston 1750, this book was intended to make the learning process fun. After that, in London 1747 and Boston 1764, appear in “Tom Thumb’s Playbook” for the early learning purpose. The more famous publication was A Apple Pie by Kate Greenaway in London 1886, which do to her wonderful illustration get to captivate a big public nationally and internationally. Up today have been reprinted many times in the U.S.

At the 18th century the writing of the capital letters I and J, and U and V, was not differentiated, which explains the absence of the two vowels in the early versions. Later versions added I and U with, "I inspected it" and "U upset it".

Write it by Maria Aduke Alabi